The Harris Building, with its rich history and architectural character, has been an icon for the Heartside District for over a century. Built in 1892, the Harris Building was first home to the secret fraternal organization, The Knights of Pythias. Following in 1909, the building became home to The Harris Sample Furniture Company, which operated until closing its doors in 1969. In the late-2000s, The Harris Building transformed into a treasured building for ArtPrize, and most recently in 2018, became a beautiful, and unique event venue.

With 18-foot, open-beamed ceilings, exposed brick walls, and natural hardwood floors; The Harris Building is the perfect backdrop for your timeless event.

Take A Virtual Tour With Us! 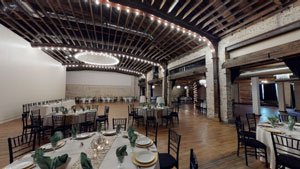 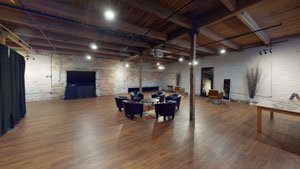 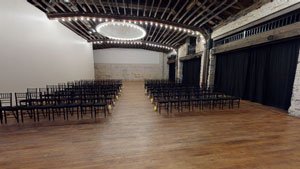 I recently got married at The Harris Building and can honestly say that booking this venue was the best decision my husband and I made! From the location, services included, and staff, this venue exceeded all of our expectations and we had the best day ever! Guests were constantly complimenting the beautiful space and friendliness of the staff. We worked with Kelsi for over a year and she was absolutely amazing! She answered all of our questions, made sure our day went smooth, and always had a positive attitude! The valet staff ran efficiently and guests were impressed at the complimentary valet parking. The DJ, Brandon, kept the dance floor rocking all night long! Highly recommend booking this venue for your wedding; you will not regret it!